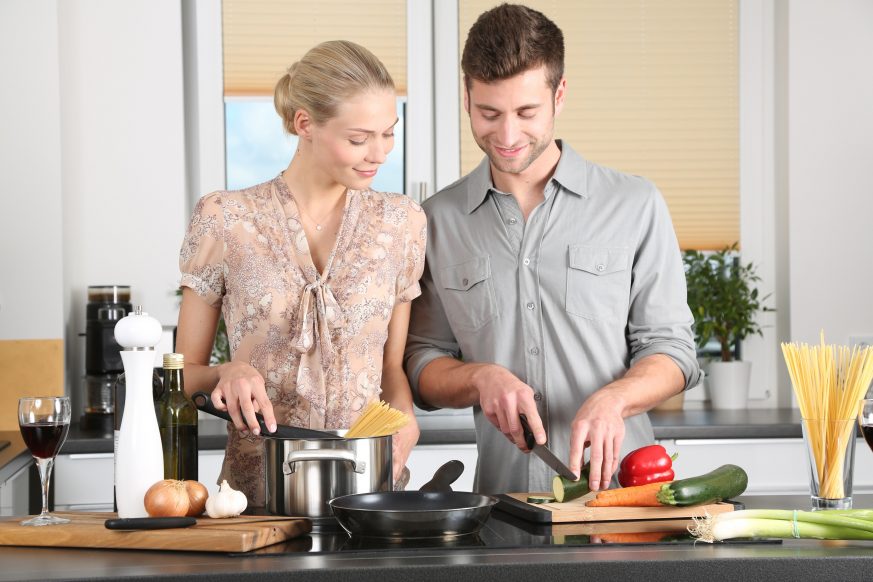 I had a discussion with a woman at a Mastermind the other day and then the same issue raised its head in a conversation – okay, let’s be honest, a debate – with a guy in the group later over lunch. Apparently the topic is on people’s minds – or maybe I was just destined to write about it. Subtle calls from the universe. The question? Do households need one ‘boss’, and if so, doesn’t it make sense that it be the man. Their argument went something like this. Every business, or organization needs one chief. One commander. One decision-maker. Otherwise chaos would reign. When disagreements arise, there needs to be a clear line of authority – a top dog who is the undisputed last say. A household, they argued, is no different. In fact, with only two key players (apparently kids don’t count in the equation) it’s even more important to have a Big Kahuna, a tie-breaker if you will.

I disagree. And I confess it raised more than a wrinkle of worry that this mindset was coming from so-called ‘masterminds’. I don’t even accept their basic premise that a singular ‘boss’ is necessary in business. Thousands of board-run corporations would suggest otherwise. In fact, recent studies suggest that group consensus is infinitely more effective in coming to well-grounded decisions and long-term solutions. Even more interesting, are the studies that establish that tension brings better results. In other words, when you group like-minded individuals for brainstorming and/or decision-making it turns out that they are less effective and productive than inserting one or more individuals who are unlike the others. It’s the tension that creates better overall decision-making. Who knew?

Although, when you think about it, it only makes sense. Alike people are more likely to come up with similar paths, whereas introducing variety allows for new outside-the-box ideas to surface. So, it turns out that when the ‘old boys’ networks continue to govern corporations, they short-change themselves in terms of growth. When women were introduced into groups of cohesive men, tension increased, but the profitability and effectiveness of the teams and organizations markedly grew.

So what about in the home? Would those same principles apply? Of course they would. Mutual respect is a necessary cornerstone for any healthy relationship. This holds true regardless of the gender of the couple. I would note that the argument raised by my mastermind cohorts wrongly presupposed that a household would be headed by a man and woman but I leave that argument for another day. For the purpose of this blog post, the point is that consensus decision-making in the home will lead to better results. Yin and yang. Masculine and feminine energy. Having the ‘man’ be the sole or consistent decision-maker causes imbalance and short-changes the family potential.

Some would say that if there’s to be one boss, it should be the woman. But the reality is that this is not necessarily an appropriate solution either. As George Orwell cautioned us many decades ago, “Power corrupts, and absolute power corrupts absolutely.” Any single decision-maker will not be open to listen in the same way. Why? Because they won’t have to. As noted above, it’s the tension in a relationship that promotes growth and creativity. The push and pull, the give and take – the inherent compromise is where the strength lay.

“But how do we break a tie?” asked my detractors.

Simple. Negotiation, whether in the home, in business, or world politics, is a power balance. But just because you can, doesn’t mean you should always push to get your way, or to get to the absolute bottom line. I learned that through experience. When I was younger, I remember travelling to Mexico and negotiating for jewelry or blankets on the beach. In hindsight, I was ruthless. Initially, because I had no money. Coming from my low rental apartment in Scarborough, and waitressing to pay my way through law school, I needed to be a hard-ass negotiator to get what I wanted or needed. I negotiated for a budget flight and hotel and I negotiated for the absolute baseline price on my souvenir gifts. But that habit stayed with me, and for many years, long after it was a financial necessity, I still bargained for the drop dead lowest price … usually walking away first to get it. But one day I suddenly realized, I don’t always need to get the upper hand in every bargaining situation. The people I was bargaining with needed those pesos much more than I did. And what’s more, they were hard-working artisans who deserved to be paid fairly for their craft. And so I paid more. Not stupid prices. Still something semi-commensurate with their economy, but more than I knew I could get if for. Negotiation is a power balance, but you get to decide when to exert the power and when to cede some.

So, how do we break a tie in the home? Perhaps it’s as simple as give and take. Whoever feels the strongest on a given issue, gets to rule the day. And that will shift. Both partners should have full, open and vigorous discussion, debate and brainstorming on the issue. Allow room for new and creative solutions to arise that wouldn’t if both sides just stuck to their guns. When that fails, after honest effort, then maybe allow whoever feels the strongest to carry the day. Next time, when at a genuine impasse it goes the other way. And if your partner always claims to feel the strongest, and never cedes power, then your problem runs much deeper than who gets to call themselves ‘boss’ in the home. But that too is a discussion for another day.

There are currently no related posts for this content.