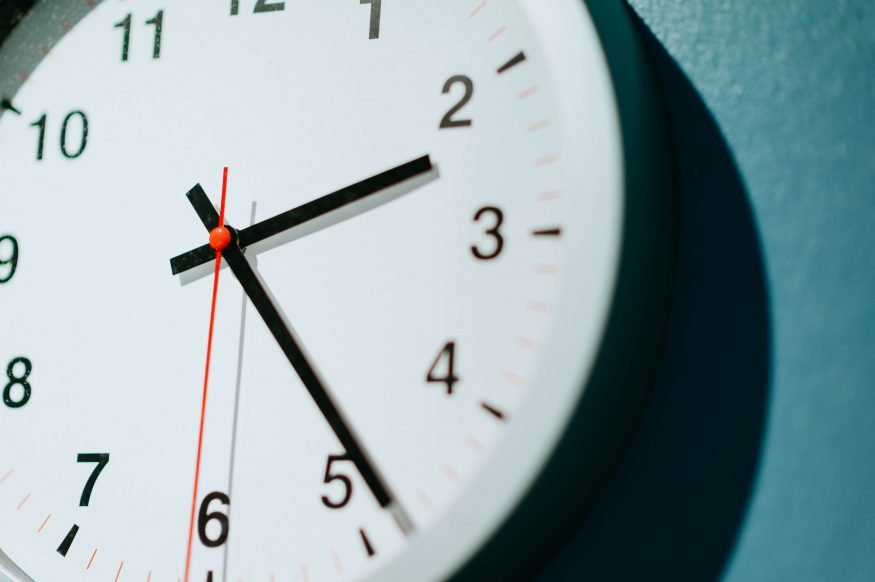 [Part 2 of a series]
Know the When

Last week, we started our 5 W’s of highly effective negotiation series. For those with short memories (menopause and mom-brain come to mind), or those just joining us, I’m talking about those 5 powerful little monosyllabic words – who, what, where, when & why. If you recall, I suggested that negotiators who consider the 5 W’s, with intention, set themselves apart and can better navigate the sometimes murky waters of mediation and negotiation. Our kick-start to the discussion tackled knowing your why going in to a negotiation. Today, we take on the importance of knowing the when of your negotiations.

Timing is everything. You’ve no doubt heard that expression a thousand times. And yet, most people still don’t factor timing as an item to address with intention in their negotiations. As kids we knew it intuitively. Do you remember waiting until your mom or dad was in a good mood before asking for that thing you desperately wanted but knew would be an uphill battle? We instinctively tried to stack odds in our favour – line up the check marks to maximize our chances of success. When we let our eager impatience get the best of us and forged ahead despite all the warning signs, and ended up tanking our quest, we recognized our timing faux pas (although we wouldn’t have called it that) immediately. And yet, somehow, we forget to apply this same skill as adults, when the stakes are likely higher.

Heck, many people don’t even consider when the negotiations have started. Laying the foundation in advance of the ‘formal’ negotiation can be a key first step to getting the results you want. Make no mistake, whether it’s you or the other party setting down the groundwork, the negotiation has started at that point. If you’re not aware that the other side is already negotiating you may unwittingly be standing in the path of an unseen wrecking ball. Preparation is an essential element of the negotiation process. It just may be the most important element. In fact, as a basic starting point on this issue, consider it a new ground rule that the time (or when) is almost never right unless and until you’re prepared.

Part of that preparation is actively considering the most strategically advantageous timing for your negotiation. Depending on the subject of your negotiation, consider time of year, month and even day. There’s no point seeking a raise the day after budgets for the year have been finalized. Or pitching for a July family vacation the day after your only child just accepted an intensive summer internship. Asking for a bonus or perk during peak selling months is likely to be more effective than asking during winter lows. Did you just lose a big account or conversely have a record quarter? Are you a morning person or evening? What about the person you’re negotiating with? Be tactical and deliberate where possible on whether the negotiation is best served over breakfast versus dinner, or on the way out the door versus bedtime. Is this a vacation conversation, better tackled away from the distractions of everyday life? These may not seem significant, but why not maximize every possible advantage? Use the law of probabilities to your benefit.

From an emotional perspective, you’ll want to consider both your state and that of the other side in determining if the timing is right. For example, are you (or they) in a good mood or angry, stressed or relaxed? Are they in the middle of a big deal that’s going south? If so, is that an advantage or disadvantage to getting what you want at that moment? As humans, most of us can’t avoid being affected by emotions. Simply put, our state matters in negotiations. If you can control the timing, factor this in. (Or alternatively learn to control your state). Either way, be aware of the other person’s state and be intentional about how that plays into the timing of your negotiation.

Another aspect of timing in negotiations is the question of how much time you allot for the negotiations. Some negotiations shouldn’t be rushed. You don’t want to hurry to a conclusion to your detriment, leaving too much on the table in your haste to close the deal. By contrast, sometimes urgency is your friend in the bargaining process. Again, the trick is to be intentional. Use it with purpose. Equally, be sure not to let the other party use it against you, by pressuring you with artificial time limits or other time constraints into negotiating against yourself or not giving yourself the time you need to fully consider your position. Have you ever rushed into an agreement that you lived to regret? Be conscious to control the when of your negotiations to avoid this pitfall.

Hopefully you’re beginning to see the possibilities in managing the when of negotiations. This article just scratches the surface of this potential minefield. The idea is just to get you thinking about these 5 W’s as serious factors to be considered and applied with forethought and intention. Sometimes the when of negotiations is beyond our control. Life happens. Situations or opportunities arise unexpectedly. I get that. But if you start consciously considering timing as a factor to weigh, whenever possible, you’ll get better results. You’ll have more influence in your negotiations and increase your outcomes. So take the time to consider time. You’ll become a more effective negotiator. How simple is that?