Simple Systems to Bring the Power of Persuasion to Your Negotiations

The last couple weeks we’ve talked about the lessons learned from a seemingly simple negotiation exchange. A recent coaching call had prompted the subject. To refresh (or for those who missed the first two articles), the parties had reached an agreement in principle but then the deal went sideways when the issue of value was raised. That trigger set off the other party and they backed away from the deal.

In considering what you can take away as simple reminders of how to increase your influence and persuasiveness in negotiations, we started with avoiding the pitfall of attachment. We then went deeper into my No F.E.A.R  negotiating model – no Fear, no Ego, no Attachment, no Reactivity. Hopefully you walked away with a solid appreciation for the importance of applying this simple No F.E.A.R. system next time you negotiate and building it into your pre-negotiation prep work to maximize your potential for success. Because success in bargaining ultimately depends on your ability to influence and persuade.

As promised, this week we explore how my simple A.R.E F.I.T model is a further key piece of the puzzle to bring together for a successful outcome.

I invite you reframe how you look at negotiations altogether. Instead of coming from a place of competition with a winner take all mindset, what if, instead, you sought to understand and meet the needs of the other party, looking for creative out of the box solutions that give even better outcomes, better relationships, better buy-in, longer lasting agreements, and more creative solutions.

The No F.E.A.R. system is only one element of the Art of Feminine Negotiation™. The A.R.E. F.I.T system is another element of this game-changing model. Based on my 30+ years as an attorney negotiating high stakes deals, and my research into the traits that make and mark the most effective negotiators, I identified six key skillsets:

Interestingly, of these traits, five out of six would be considered ‘feminine’ traits by most. And yet our traditional view of negotiating is based on the masculine model, where feminine traits are often seen as a liability. I invite you to consider that the very things you may have been rejecting or trying to stifle are in fact your greatest assets.

Coming back to the coaching call situation, where the deal had gone off the rails over the issue of value, I suggested that my colleague return to the table, but this time, ensuring she started by building rapport (and with it trust), with intention, right out of the gate. Match and mirror the tone, pace and pitch of the other person to calm their nervous system and enhance connection. Highlight those things they both had in common – a love of art, desire to grow, need to be valued, goal to increase net worth, etc. I encouraged her to swallow her ego and make a point of recognizing the accomplished skill and ability of the counterpart (who happened to be an artist) and the high value she put on that.

I invited her to explore the deep ‘why’ of the woman and dig to understand what had caused her to walk away. To put herself in the shoes of her counterpart to truly appreciate what lay under the iceberg of her stated intentions (as our stated intentions typically represent only ~10% of our actual needs or agenda). The real gold lay underwater, with the unstated (and sometimes unconscious) desires. Only by bringing that empathy to the table will you show up in your most influential and persuasive state.

It’s important to trust your intuition in these situations and to remain flexible and open to potentially unexpected options. If you’re not open to the possibility of this, if you remain in a fixed mindset, you’ll miss out on valuable opportunities and leave them unexplored. In this case there was a valuable barter arrangement that could advance the interests and needs of both bargainers. Having said that, if the other party continued to exhibit signs of irrational charged reactivity even in the face of concerted empathetic efforts to build rapport and trust, and if intuition raised alarm bells, then trust that intuition and consider whether this was in fact a long-term relationship worth nurturing at all.

Ultimately, once you’ve built rapport, brought empathy, remained flexible, tuned in to intuition and gained trust, then it’s time to get assertive. Note that people often assume this is the ‘masculine’ trait of our key six markers of great negotiators. But that belief is typically based on a mistaken conflation of assertive and aggressive. They are not the same thing. Assertiveness comes from confidence. Confidence comes from knowledge. Knowledge comes from preparation.

Know your bottom line (reservation or resistance point) going into a negotiation. Consider the zone of potential agreement (ZOPA) i.e. where the range for a deal lives. Explore your best alternatives to this negotiated agreement (BATNA). And be sure to review and determine how you can best apply the 5 W’s. [Grab my FREE eBook on the importance of the 5 W’s: 5 Secret Weapons to Effective Negotiating].  This preparation will allow you to show up with confidence and be assertive in getting what you want and need.

If you apply these simple systems to your negotiations, you will bargain better deals … for you and for those you deal with. You will increase your influence and persuasion to get more of what you want in life. And the beauty is that you’ll do it in ways that build better relationships and buy-in along the way.

Get your Women On Purpose Planner, designed and dedicated to helping you step into a purposeful and purpose-driven life! 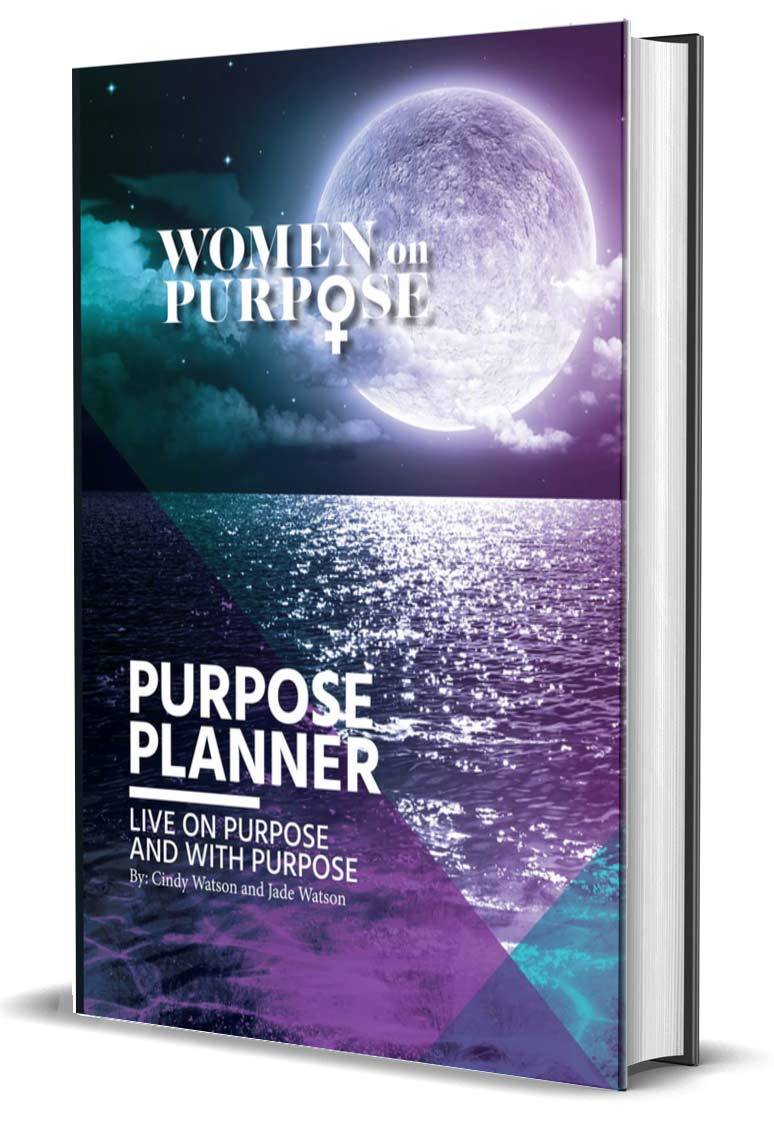