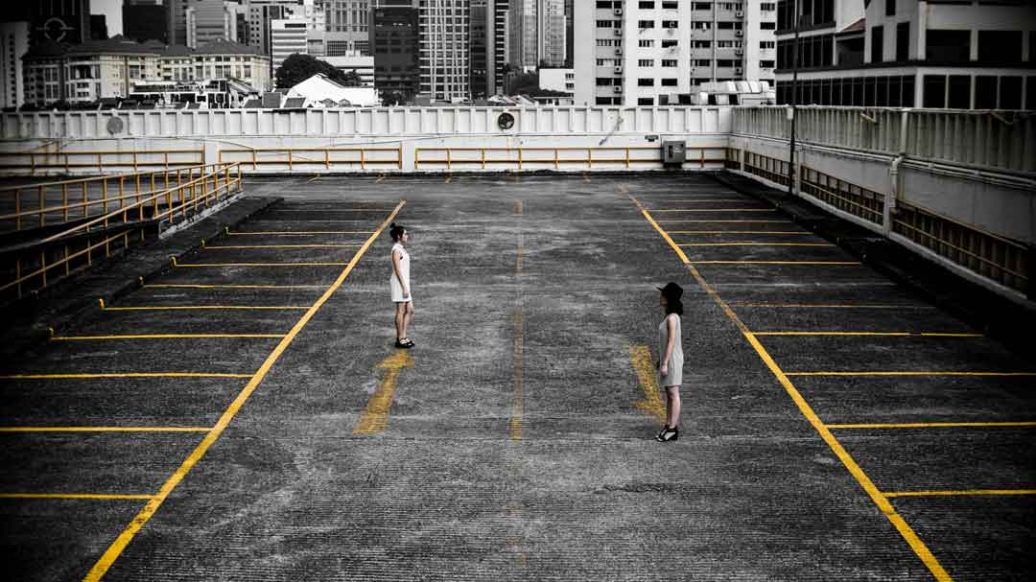 Welcome to Part III of our six part series on No F.E.A.R Negotiating, exploring how to approach your negotiations without Fear, Ego, Attachment, or Reactivity (F.E.A.R). Last time, we started the dialogue on types of fears, discussing fear of failure and its sister, fear of success. Today, let’s continue on that path and contemplate fear of losing, fear of missing out and fear of the unknown. Learning to identify and name your fears will start you on a journey of empowerment where you’ll be able to use your fears to propel you in bargaining and beyond.

The previous post looked at (i) Fear of failure and (ii) Fear of success.

This fear stems from a belief that negotiation is about winning or losing. Approaching negotiations with this mindset sets you behind the eight ball from the outset. Effective negotiation is about securing your outcome, not beating the other party. What if you shifted your mindset so that ‘winning’ any given negotiation was no longer your objective? Instead, what if your goal was simply to achieve your desired outcome? When you focus on beating the other party (or looking good), you lose the clarity and focus required for effective bargaining. You may lose sight of alternatives and opportunities, and sacrifice your desired outcome by focusing on a perceived ‘win’ over the other side. You’ve no doubt heard the expression, ‘win the battle to lose the war’. Sometimes in bargaining, you need to be open to concede certain points with a view to securing a better ultimate end result.

I remember many years ago, bargaining with counsel who was notorious for personalizing the process. He’d often attack opposing counsel and routinely try to undermine them in front of the adjudicator or client. Sure enough, he lived up to his reputation, and immediately started jousting for the upper hand. I confess, that my younger self at first took the bait, and became focused on winning the argument at hand. As we each dug in and costly litigation seemed certain, it suddenly struck me that I could give him what he was asking for while putting my client in an even better position than they’d originally been seeking. I was able to turn his desire to ‘win’ against him to secure an even better overall result by returning my focus to the outcome over the so-called ‘win’.

Do you suffer from FOMO (fear of missing out)? Do you worry that you’re going to be left behind or miss a great opportunity? High-pressure salespeople bank on this human fear. They create urgency and a sense of scarcity to push for a quick close based on quick-fix or get-rich-fast desires. They prey on fear of missing out. The same holds true in other forms of bargaining. Beware of artificially imposed time constraints or promises of rare, limited opportunities. Think twice if you’re being deprived of the chance to do your due diligence. If it seems to good to be true, it usually is.

I’ve been guilty of this. I remember being lured into the attraction of a ‘guaranteed’ quick turnaround stock option. A friend called with a hot tip, sure-thing opportunity, but I had to buy it right then. I did. I lost every penny.

Were you afraid of the dark as a kid? Does the thought of venturing into a new situation or deal, without all the facts, make you break out in a sweat? If things are moving too quickly in a negotiation (or life situation) and you have unanswered questions about all the possible implications or permutations of what you’re contemplating, are you likely to walk away altogether? Fear of the unknown can paralyze us from moving forward. While preparation is a good thing, sometimes we can get bogged down in the paralysis of analysis and miss valuable opportunities. I’ve seen many a good deal die or nearly get scuttled by one party’s need to try to pin down every possible eventuality that may come to pass. This is where your preparation is key. Ensure you have clarity about the outcomes you seek. If you’re someone who hates uncertainty, consider (in advance of the negotiation) all the possible things that could go wrong. Then determine how you would handle it if any of these scenarios came to pass. Usually, you’ll find that contemplating it in advance takes the edge off, as it’s the fear of the unknown that really drives your resistance. Once you’ve addressed it head on, it loses its power. Or alternatively, for those few things that you really couldn’t tolerate, you can build protections into the deal or walk away if they’re not addressed.

At the other end of the spectrum, are you the type to dive off the cliff, asking how deep the water is on the way down? If so, you will inevitably be dealing with someone who fits in the above category at some point. It will no doubt frustrate you to no end fielding the seemingly never-ending barrage of questions that you see as absolute unnecessary overkill. Recognizing their fear of the unknown allows you to address their concerns proactively to avoid losing the deal.

These are just a few of the fears that hold us back in bargaining. What’s your fear-poison? Identifying the fear is half the battle in overcoming its power in your negotiations. Dig deep. Consider what fears first come to mind. Then determine if your first thought is, in fact, superficial, and if a deeper root fear is at play. Letting go of the fear (or at least recognizing how to give it a backseat) will increase your clarity and confidence. As you boost your confidence, your persuasiveness will naturally increase and your results along with it.

Stay tuned for our next installment as we tackle how to overcome the perils of ego in your negotiations.