Is the Feminine Voice the Key to Shift the World Out of Chaos?

What if the rise of the feminine voice was the key to our future?

Voice is said to be the most critical component of communication and communication is recognized as a necessity in this global world. Ideas, and how we communicate them are vital to our very survival today. Voice determines the way we’re perceived, understood, and treated.

So how did the world scales tip to such a state of imbalance?

All the world is energy. We all have masculine and feminine energies. And yet, the feminine voice has been discounted, and outright suppressed for generations.

It’s recent history that women secured the right to vote, hold property and even be recognized as ‘persons’ in the eyes of the law in some jurisdictions. Heck, in the history of our human experience, it’s relatively recent history that powerful women were burned at the stake as witches and men embracing their feminine strength were persecuted.

We bought into the myth that we live in a ‘man’s world’. We came to define success based on a ‘masculine’ model. So, maybe it’s not surprising that people hesitate to step into the full force of their feminine power. That both women and men eschew their feminine in favour of a ‘take no prisoners’ approach to life and business.

And so, we continue to tip the scales.

I was guilty of tipping the scales for many years. As an attorney, my clients called me Barracuda. They meant it as a compliment, and I’m now embarrassed to acknowledge that I wore it like a badge of honour for many years. I bought into the myth that toughness carried the day and that if I wanted to be heard, I needed to stifle my feminine.

And studies would suggest there was some truth to that. Women are still consistently talked over … in social settings, in boardrooms, even in the Supreme Court of the United States.

They actually painstakingly reviewed Supreme court transcripts and found that female justices were interrupted and talked over in significantly higher numbers than their male counterparts on the bench.

So perhaps you’ll forgive me if I thought my feminine energy was a liability. Note, this wasn’t conscious. It was the insidious nature of the unconscious gender bias that was so powerful … and dangerous.

Did you know that in a study of young women writing their SAT’s, where half the control group were asked to identify their gender in advance of writing the test – simply checking off if they were male or female – they performed more poorly?

Think about that for a moment. Think of the profound internal gender bias at play if simply bringing our attention to our ‘femaleness’ has us underperform.

In another study, participants were asked to select the best candidate for a job, and unbeknownst to them the top two resumes were identical except for the name – one was a male name, the other female. In overwhelming numbers both male and female participants chose the male candidate. Based on identical resumes.

Similarly, for decades, very few women played in professional symphonies. Gender bias allegations around the selection process were scoffed at. Yet when blind auditions were held women started getting selected.

As more people reject their feminine strengths in favour of masculine, believing that’s the only way to succeed, the world shifts out of balance.

What’s the impact of that?

Some say we’re now living in an era of the best of times and worst of times. Technological advances that would have been unthinkable not long ago are now commonplace. Our average cell phone is said to hold access to more information than J.F.K. had available as President of the United States.

We have such potential at our fingertips. And yet, suicide rates are at an all-time high.

Depression and anxiety as well. Across ages and cultures. We’re experiencing the effects of climate change … and now the chaos of COVID.

We have more communication tools and yet less connection.

More resources and yet we feel more helpless.

As an attorney for 30 years, negotiating high stakes deals in intense environments, I had an epiphany. I realized that all of life is a negotiation. And I’ve seen firsthand the costs when people don’t negotiate life on their terms.

So I researched and dug deep. And I asked myself, what if everything we thought we knew about negotiation was wrong. In fact, what if it was counter-productive?

And sure enough, when I examined the key skill sets that make and mark the most effective negotiators, it comes down to six elements.

I’ve created a simple mnemonic to help you remember.

Just think, you ‘are fit’ to be a great negotiator.

Leaving aside, assertiveness for a moment, 5 out of 6 of these factors are typically considered ‘soft skills’ or ‘feminine traits’.

And even for assertiveness, the misconception is that people often conflate assertiveness with aggressiveness and assume this is not a feminine skill. They are not the same thing.

And besides, anyone who’s ever seen a woman step up to advocate for her child, or an aging parent, or any vulnerable person they care about knows they most certainly can bring assertiveness to the table.

My first whisper of what I’ve come to call the Art of Feminine Negotiation came when my daughter was diagnosed with a serious heart defect at only 2 months old and she needed open heart surgery. We spent almost 3 months in critical care in the Hospital for Sick Kids.

And if you ever thought there was a time that I’d bring my Barracuda to the table that would have been it … when we were negotiating for her life every day.

I employed the A.R.E. F.I.T model before I’d even developed the concept. Every day in that hospital, operating solely on pure feminine strength and intuition I was building rapport, bringing empathy to the table, being flexible as the ground shifted beneath our feet from moment to moment, trusting my intuition and building trust with all the players. And was I assertive? You bet!

And against all odds and predictions, we were able to bring our beautiful daughter home and I’m happy to report she’s now 24 and has never needed surgery or even heart medication again.

For those of you who tap into your feminine, you already use these skills in a myriad of ways every day – you’ve likely just never thought about it as negotiation. And for those who tap into their masculine, these are skills you have – you just need to start using them with intention.

You’ve likely been conditioned to see them as signs of weakness.

I invite you to flip that perception. Turn that story upside down. It’s easier than you’d think to incorporate these elements to elevate your influence and persuasive abilities. Studies confirm that people who show up and invoke these so-called feminine skills in negotiating their lives get better outcomes, more creative outcomes, better buy-in, less conflict, longer lasting agreements, better relationships, and more positive impact – both personally and professionally.

The world is out of balance now. The feminine voice has been diminished and that imbalance is leading to chaos.

I invite you to close your eyes and imagine a world where we all negotiate life from a place of powerful feminine persuasion. Where we seek to build stronger relationships, not coming from a place of competition, not looking just to meet our needs, but also to understand and meet the needs of others, valuing and respecting our differences and stepping into the best of our humanity.

And the gift of that approach is that it will not only amplify your success in getting what you want and need, but will pave the path to create even better solutions than could have been anticipated from traditional models.

Imagine the ripple effects of a world where that became our new model for negotiating our lives?  The ripple effect of that kind of transformation cannot be over-stated.

I invite you to be the key to shift the world out of fear and uncertainty to powerful resilience and possibility. Because we all deserve that.

Try our Women On Purpose Planner, designed and dedicated to helping you step into a purposeful and purpose-driven life! 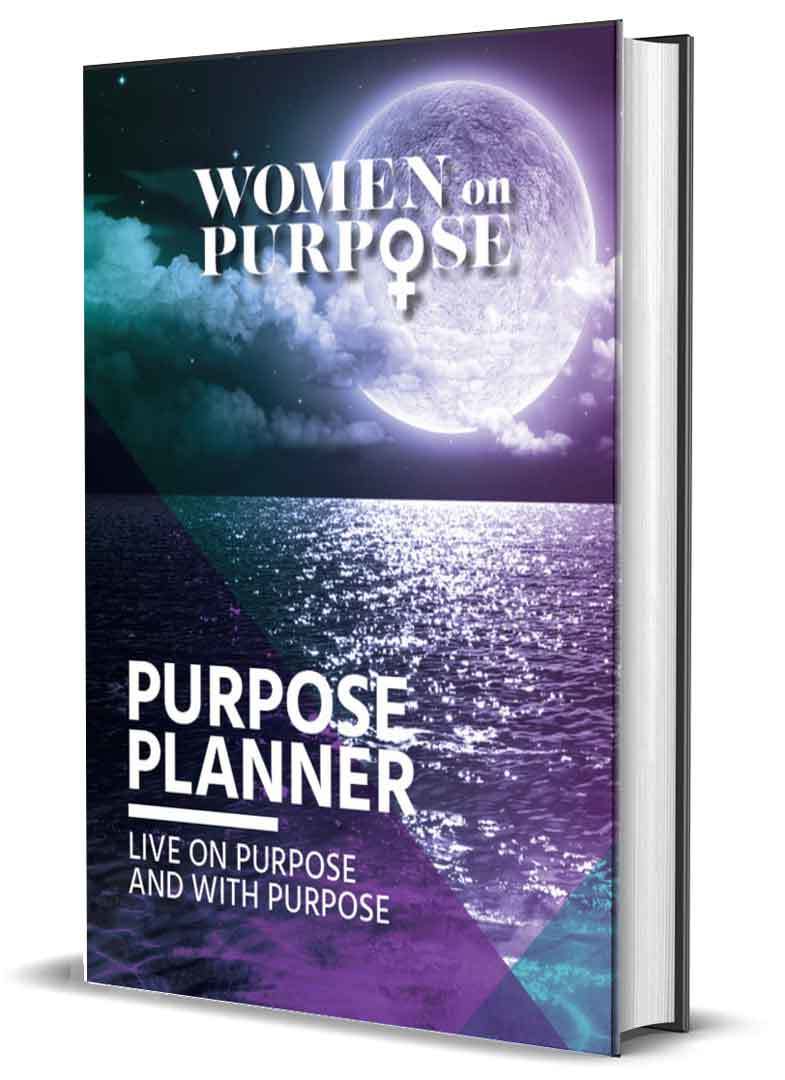 How to Negotiate Your Abundance Part IV

Part III – How to Negotiate Abundance

Part II How to Negotiate From Abundance