If you’re like most people, you probably think that dominating the conversation in a negotiation is a sign you’re ‘winning’. I’d like to invite you to consider that the opposite is true. Allow me to reframe negotiation altogether. Instead of approaching from a win/lose competitive mindset, what if I suggested you could get better results through a collaborative approach? Sounds crazy, right? Well, hold your hat, there’s more.

A few weeks back I did an article on the importance of Active Listening to become a more effective negotiator. I’d like to kick that concept up a notch and introduce you to the secret sauce of listening … a process I call Elevated Active Listening. The process itself is very simple, but unfortunately most people resist as it seems counter-intuitive.

Those who know me, have no doubt already heard that in my law practice, clients called me the Barracuda. They meant it as a high compliment. I used to buy into the myth that negotiation was about toughness … especially in trial advocacy. It took me many years to come back to myself and recognize the power in my innate strengths and feminine traits. Primary among those was the powerful impact of invoking empathy with intention in negotiations.

One of the shortest paths to empathy is truly listening to what people have to say. Listening with a view to understand and try to meet the other party’s needs. Understanding and sharing someone's perspectives doesn't always come easy, especially when a relationship may be contentious. But making that effort will always outweigh missing the opportunity to build on your relationship with the other person(s).

The late Dr. Stephan R. Covey remarks in his audio version of The 8th Habit From Effectiveness to Greatness that most people have been exposed to massive learning time in the fields of reading, writing, and speaking. However, less than 2% of the population have had more than a couple of weeks of listening skill development. And so, it’s not surprising that so many communications break down.

Covey is oft-quoted for his observation that:

And it's true. We have two ears and one mouth, yet we use the twin receptors much less than our squawk box. Why is that…unconscious ego? Perhaps.

I recommend you begin to monitor yourself the next time you have a conversation with someone. Who’s doing the talking? Are you truly listening? People like to hear their own voice and wish to be heard and valued. Self-validation is an unconscious reaction, much like the "flight or fight" response. It must be managed with intention.

If we can place ourselves firmly in the shoes of another, understand their inner motivation, relate to their needs, and together identify a shared solution that is better than has been considered, the barriers of competition evaporate. The path to this result is through elevated active listening.

Passive listening involves giving your undivided and undistracted attention to the other person, paying attention to both the words the speaker uses and doesn’t use. It’s important to remain open to new ideas and perspectives, reserve judgment, and devote your attention to the speaker without anticipating when it’s your “turn” to respond. It’s harder than it sounds—especially since we’re conditioned to make immediate assumptions and judgments.

Active listening involves reflecting back what someone is saying to deepen your understanding and show that you’ve been paying attention. When you paraphrase a speaker’s words, ask for clarification, and remain open to feedback, you’re practicing forms of active listening. This is an important skill as it allows the other party to feel heard, and it also affords the opportunity for clarification if we’ve in fact misperceived the other person’s point (which happens often as studies show that our human perspectives of others’ positions are often erroneous).

And now for the secret sauce. Elevated active listening, which is a key element of HERsuasion™, kicks the art of listening up a notch. When you reflect and replay back the other person’s viewpoint to them as you understood it (as noted above in active listening), be intentional about framing their point of view in the most generous terms possible. Make their argument even more eloquently and persuasively than they did themselves.

I recognize this may seem counter intuitive. Why would we help the other ‘side’ by making their argument better? I invite you to consider that that mindset comes from a conditioned perception of negotiation as a competition. Dare I say, it comes from a scarcity mindset. In fact, by contrast, when you approach negotiations from a collaborative, abundance mindset, you’re more likely to get better, more creative outcomes, better relationships, better buy-in, longer-lasting agreements and more positive impact.

Reflecting back someone’s position in a way that is even more flattering than they articulated themselves can be a powerful way to build rapport and trust, both key elements to getting better buy-in and more creative outcomes. When I’ve adopted this approach in negotiations, I’ve seen a physical softening of the other side, a relaxing of the muscles, and a letting go of defensive postures. Invariably, it also results in triggering reciprocity wherein the other side rises to match the generosity and to better reflect back your position.

From this place, it is possible to come up with creative, unanticipated solutions in a way that would not arise from a place of one-upmanship or competition. Superior negotiation should conclude with an alternative that is better than had been considered by either party. In my view, this is rarely possible from an adversarial inward-focused stance but is regularly achievable when invoking elevated active listening.

Give it a try. You have nothing to lose and so much to gain. 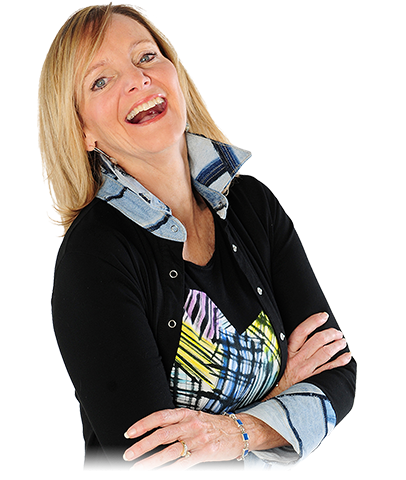