Are so-called ‘feminine traits’ being appreciated more today or is that a myth? Are we, in fact, repeating the same patterns that continue to get us in trouble?

In my article last week (Art of Feminine Negotiation is the Key to World Peace), I stated that “there’s a new appreciation for the value of feminine energy … in business, in politics, and beyond”. Those of you who follow me know I believe that to be the case. In fact, I advocate for it as the way to shift the world back into balance. However, I just reread the Athena Doctrine this week and I’m not sure whether to feel validated or discredited re my confidence about the shift.

As I noted last week, my TEDx talk, Rise of the Feminine Voice as the Key to the Future, explored the idea that the world is out of balance because both men and women have lost touch with our feminine. I suggested that COVID had opened the world up to a new way of being and that the crisis had increased our appreciation for ‘feminine strengths’ in a way that we hadn’t seen in my lifetime.

People were suggesting that countries with female leaders fared better during COVID (which may or may not be true, and misses the point that these traits are not actually gender-based, but at least the value of feminine stock went up as a result). Attention was being drawn to increased productivity and success of corporations with women on their boards. Calls for increased funding to women-led start-ups were being heard.

More importantly to me (as feminine traits aren’t actually tied to gender, but rather, reflect perceptions about the masculine and feminine energy we all share) was the fact that so-called feminine traits (or soft skills) were being lauded as necessary leadership skills. Compassion, collaboration, creativity, empathy, trust, and curiosity were being recognized as valuable skills to bring to bear.

I was excited about this shift.

Yet, on rereading the Athena Doctrine, I questioned if my optimism was premature. That book was published in 2013, based on a study conducted in 2012, inspired by a review of the 2008 crash fallout. The authors noted the severe lack of faith in our political, economic and other systems following the 2008 shake-up. As they explored the consequences of that shaken faith, they embarked on an extensive global survey.

They came to the conclusion that a “clear majority of people around the world were unhappy with the conduct of men” (interestingly, with the exception of Canadians). They also found that “millennials have a fundamentally stronger appreciation of femininity and the role of women in society.” And perhaps more importantly to the point of this article, they determined from their study that:

Universally, it seemed that people had grown frustrated by a world dominated by codes of what they saw as traditionally masculine thinking and behaviour: codes of control, competition, aggression, and black-and-white thinking that have contributed to many of the problems we face today, from wars and income inequality to reckless risk-taking and scandal.

A decade ago, they were advocating this concept that I’ve been sharing. That got me to thinking. If these ideas were being touted as new belief systems over a decade ago, then how was it that we came to be at this same place now? Is our excitement about the apparent ‘newfound’ appreciation of our ‘feminine’ misplaced if, in fact, we’ve been at this point before to no avail? If increased feminine awareness was being heralded as the key to our future back in 2012, why did nothing come of it? How did we snap back to old patterns with traditional definitions of success based on competitive, winner-take-all models?

That made me rethink my recognition that the Dali Lama has been talking about this theme for over a decade and a half as well. Is it the case that in times of crisis we recognize the fundamental problem of discounting our ‘feminine’, but when the crisis passes, we fall back into the same old patterns that caused the problems in the first place? If so, does that mean that our post-COVID re-examination of our priorities and values will be short-lived?

Not if I have anything to do with it. And I invite you to do your part to ensure we don’t rubber-band back to old ways of thinking and being. Leaning in to our feminine provides better outcomes, better relationships, longer-lasting agreements, better buy-in, and greater creativity.

As I’ve been promoting for some time now, and as I reiterated in last week’s article:

Hopefully now, we’ll see both men and women lean in to their feminine, bringing empathy to the table, seeking to build stronger relationships, not coming from a place of competition, not looking just to meet our needs, but also to understand and meet the needs of others, valuing and respecting our differences and stepping into the best of our humanity.

Imagine a world where we all negotiate life from that place of powerful feminine persuasion. 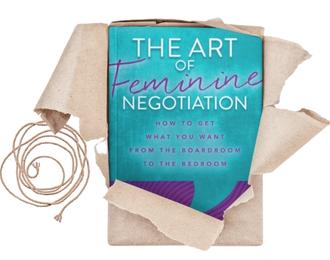 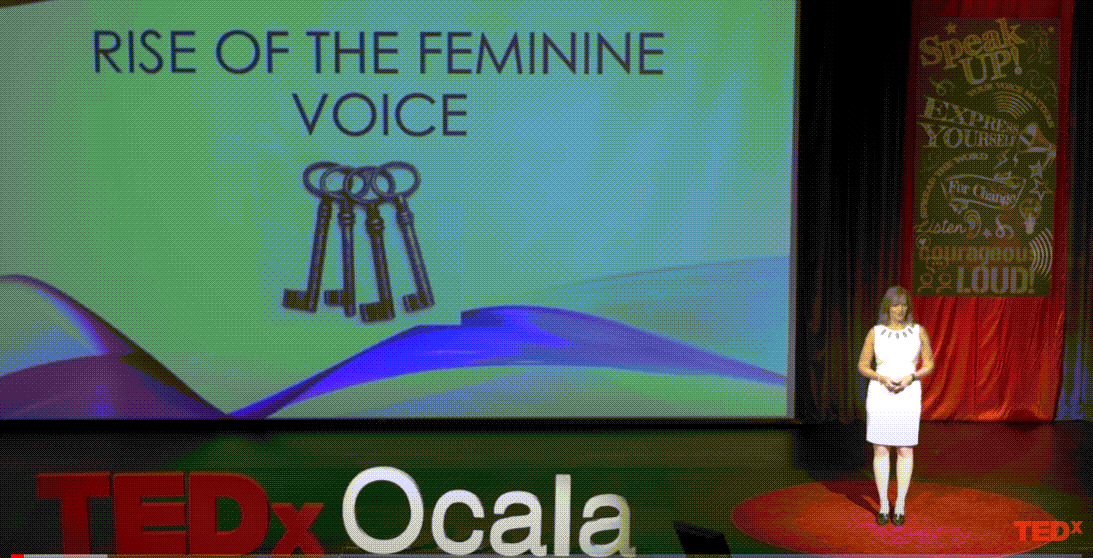