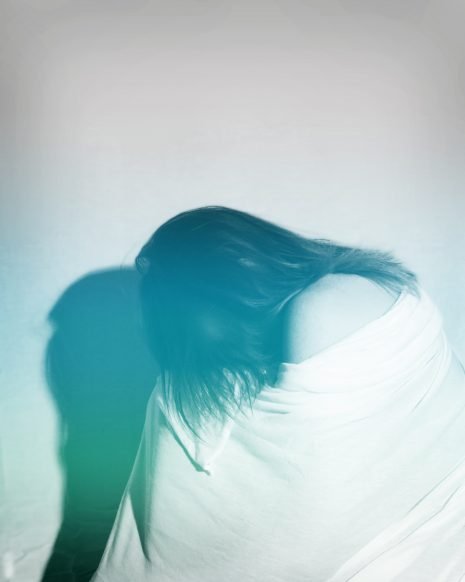 Time To Quit Making Yourself Smaller

Have you ever found that you sought to make yourself smaller? I’m not talking about weight, diet or physical girth here – although that’s an issue that also burns my biscuits. It’s bad enough that women have been propagandized to try to fit into some magazine or billboard no-fat image of what a woman should look like. But now we have size zero clothing. Zero? Really? Now we need to strive to be invisible altogether? Non-existent. Nothing. Zero. But I digress. When I ask whether you’ve ever sought to make yourself smaller, I’m referencing the sad fact that as early as kindergarten, young girls start diminishing themselves.

Studies show that young boys gain social status in the schoolyard when they brag about themselves and strive to make themselves larger, bigger than life. By contrast, as young girls we tune in quickly to subtle (and not so subtle) cues that we need to step back from our young feminine power, or face social shunning. Guess what choice most girls make when faced with that price? From a young age, we too often start diminishing ourselves, conditioned to be self-effacing and self-deprecating. Not exactly a recipe to allow us to step into our power, strength or confidence. It keeps us small.

This pattern dogs us as we grow. When we see ourselves as being ‘too much’ we feel the need to tone down. When we’re a little flamboyant, whether in our dress, self-expression, or voices, we get put down. And sadly, it’s often from our own gender. Remember hearing (or saying) “she’s so full of herself,” “she thinks she’s so much,” or some similar eviscerating refrain? We shame ourselves about our physical attributes, our dress, our life choices – even our exuberance. And so we often go through life changing our conduct, changing our very sense of self because we fear the judgment. We don’t want to be seen as too bitchy, too trashy, or just plain too much.

If we’re really honest with ourselves, we’ve all been guilty of it at one or both ends. For myself, I was aware of it at some level and fought against it, but still sometimes fell victim to the shrinking syndrome. I always loved to dance. I felt great joy in dancing with total abandon. But then in my clubbing days, I’d notice the looks, hear the comments, and feel the inhibition creep in, the need to tone it down, to de-sexualize it. And so we become a lesser version of our self.

So is it any surprise that still later in life, whether in our personal or professional lives, we let men take credit for our ideas? Or that we change our tone to avoid being seen as too aggressive for acting in ways that men would be rewarded for?
Can you think of times in your life when you maybe pulled in the reins, not felt the ability to be your full expressive self, dimmed your light somehow?

And as we dim ourselves, men are rewarded for beating their chests. They get the promotions. They get the higher wages. They get the higher ground in relationships. Because they put themselves out there. They expect to get what they want. They ask for what they want. Studies show, for example, that if a woman has 4 out of 5 requirements for a job posting, she’s less likely to apply for the job than a man who has only 1 of the 5 posted requirements. We hold ourselves back because that conditioned little girl from the schoolyard whispers in our ear that we better not think too much of our self or there’s going to be social consequences. And so we make ourselves a little less-than. Or maybe we already believe we’re a little less than. Either way, we end up getting less than we deserve.

This also rears its ugly head in our romantic relationships. Not only do we dim ourselves so as to not outshine our potentially fragile-egoed partners, but often we give up our own dreams, visions and aspirations to prop up the men in our lives. Heaven forbid we ‘make’ them feel threatened or intimidated by our brightness. So we put our needs on the back burner. And at what cost? Not only do pay a heavy price in terms of our own stunted potential and fulfillment, but think of the message we send our own children. When we subjugate our needs to that of our partners, aren’t we telling our daughters that their needs aren’t as important as any man in their life? And similarly, for our sons, when we put our partners’ interests ahead of our own, aren’t we teaching them that their needs are more important than any woman they may partner with? And in that way, the problem becomes self-perpetuating.

So today I call on you to make a pact. Let’s stop making ourselves smaller. Let’s challenge each other to be the fullest possible version of ourselves. Let’s put ourselves out there with no worries about being too much, with no thought of dimming our light. Let us shine brightly into the night and into our future. Let’s promise ourselves and each other to support other women in being the fullest, most expressive, expansive version of themselves; to not judge other women for their ‘too-muchness’, but instead celebrate it. Because it’s in embracing our biggest selves that we will reach our fullest heights. If we want to negotiate our lives to get what we want and deserve, we need to be seen and heard. Raise your voice. Expect to get what you want. Ask for what you need. Whether it’s from the boardroom to the bedroom, or the playground to the seniors home, let’s spread our wings and take more space. If that means we need to overcompensate for a while to get ourselves back to ground zero, so be it.

5 Tactics You Can Use to Tap into Your Feminine

How to Use the Rise of the Feminine