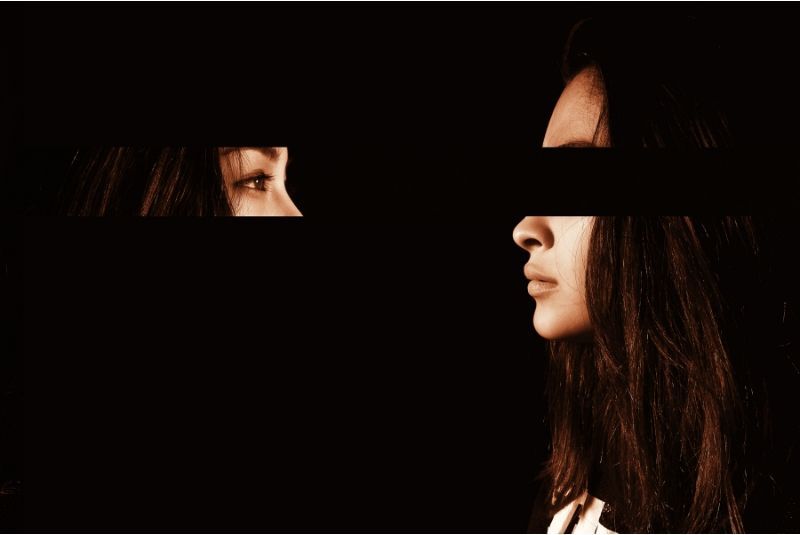 Welcome to Part IV of our series on No F.E.A.R. Negotiating, exploring how to approach your negotiations without Fear, Ego, Attachment, or Reactivity (F.E.A.R.). We tackled No Fear in the last three parts of this series, contemplating fear and how it holds you back. Today, we’ll tackle No Ego and why you need to let it go if you want greater control, clarity, and perspective, to keep your eye on the outcome and get more of what you want.

Ego can be the kiss of death in negotiations. If you let your ego drive you, you lose control of the negotiation. You’ll be easier to manipulate, less able to assess information accurately and your perspective will be skewed. You’ll be less likely to recognize opportunities that may arise or alternatives that could lead to better outcomes. Have you ever gotten into a power play with your child or loved one? When your ego kicked into gear, your negotiating skills went out the window and you dug in even though other approaches would have yielded better results? I know I have.

Ego can show up in a number of ways. Let’s explore a few.

If you focus on ‘winning’ a negotiation, you miss the point. Effective negotiation should virtually always be about securing your desired outcomes – not about beating the other party. As we discussed in Part III of this series , when you focus on outdoing or getting the better of the person you’re bargaining with, you lose sight of options that may present. Your vision narrows and you lack the open mind necessary to recognize creative solutions. You become a show-horse with blinders on. Concentrating on the ‘win’ over your objectives ironically often leads to worse results. Can you think of a time when your desire to win overrode your ability to find the superior solution lying on the proverbial table between you?

I remember as a young lawyer coming up against longstanding senior counsel on the other side of a high-stakes case (after having won the last few cases against him). No doubt he was embarrassed to have lost back-to-back cases against what he perceived to be an inexperienced young whipper-snapper. And a woman no less! We started to negotiate an Agreed Statement of Facts. It quickly became apparent that he was determined to beat me at all costs. I took the high road, trying to come to a fair recitation of the relevant facts, but he fought on every issue, refusing to cede even the most obvious points. In fact, he’d so lost perspective that he was arguing against facts that would have assisted his position. I decided to let the momentum of his approach work against him. I kept him focused on issues that were ultimately irrelevant to the real argument I intended to make. We concluded a Statement of Facts and he was smug in his belief that he’d beaten me into submission with my many purported ‘acknowledgements’. And then we started to argue our cases. As I made my argument, it slowly dawned on him that our position was not at all what he’d assumed. He’d been so focused on beating me issue by issue in our negotiations that he’d omitted to include any of the facts he needed to refute my argument. The salt in the wound was that key points he needed to mount a defense were items I’d raised and he’d rejected. I’ll never forget the look on his face when he fully realized that he’d left his client completely defenseless.

Sometimes (but not always) tied to the need to win, is the need to look good. Pride is recognized as one of the seven deadly sins for a reason. Pride’s buttons are easy to push, creating emotional, knee-jerk reactions that typically don’t serve you as you lose perspective and weaken your position. It also leads to posturing, which is off-putting and comes across as inauthentic at best, and can derail you from achieving your real objective. Keeping your cool and keeping the big picture in mind will lead to better results. Sometimes to get to your true desired outcome, you need to look like you’re giving something up along the way. If you’re worried about showboating and always looking in control, you’ll miss the signposts for the road to get you where you need to go.

Another ego tell, often tied to the need to look good, is the inability to admit when you don’t know something. Fear of looking stupid typically leads to forging ahead with incomplete information and a corresponding increased risk of bad decision-making. In addition to forcing decisions without the necessary data to make an informed choice, it can cause bluffing. Ironically, most people who resist admitting they don’t know something do so out of fear they’ll lose credibility. In fact, the opposite is true. Bluffing undermines credibility, whereas acknowledging you don’t know and undertaking to find out shows confidence.

Talking too much can be another sign that ego is in the room. The more you talk, the more info (and hence ammunition) you give the other party. They need only sit back, watch, listen, and pick up volumes of spoken and unspoken clues you drop on a silver platter for them. Added to that, over-talking usually goes hand in hand with a lack of ability to listen. Active listening is a critical skill for effective bargaining and failure to listen is a huge disadvantage. Far better to listen and ask questions than control the conversation, extolling purported virtues of your position (which only reflects lack of confidence). And let’s not forget the power of silence in negotiations.  If you focus on dominating the dialogue, you miss the opportunity to use silence to your advantage. Most people are uncomfortable in silence and they rush to fill the void. Using that discomfort can be a valuable tool.

Are you someone who needs to be liked? If so, beware. This is the other side of ego, and will likely lead to giving concessions you ought not. People may not like the position you take, the outcome you seek, the strategy you invoke or any number of factors. You need to keep your eye on the prize, know with clarity where you want to end up, and maintain your equilibrium. Be careful not to let your desire to be liked override your need to get where you need to go.

We’ve now explored how approaching negotiations with No Fear and No Ego can enhance your effectiveness. We’re halfway through my No F.E.A.R. template to become a better bargainer. Stay tuned for Part V of this series, where we’ll discuss the benefits of No Attachment to get what you want and deserve.