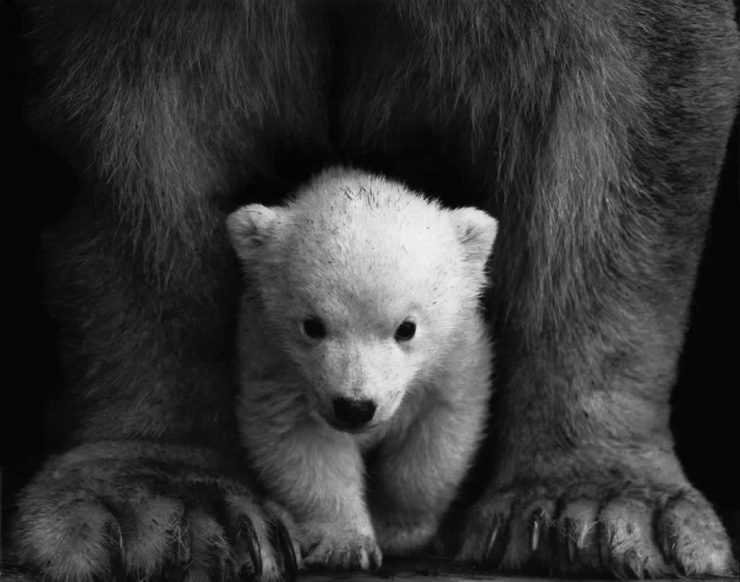 Invoke Your Momma Bear For the Bear Cub in You

If I suggested you get between a Momma bear and her cub, what would your knee-jerk reaction be? No doubt your brain would scream ‘No!’ with a corresponding emotional reaction somewhere between angst and abject terror. Why? Because everyone knows that Momma bears are ferocious when protecting their young. And I bet if I asked you to think of a time when the Momma bear in you reared her fierce head, you could come up a number of examples. But I also bet that in virtually every one of those examples you
were defending someone else – whether a child, loved one, or vulnerable
underdog. True? So why is it that you can bring your badass self to advocate on behalf of others, but you leave her locked in a closet at home when you need to champion yourself? What if you turned that paradigm on its head and decided to invoke your Momma bear for the bear cub in you?

If you’ve been reading my earlier blogs, you may be saying, “Hey, Cindy. I thought you said negotiation isn’t all about the bark and bite – that the tough guy doesn’t always win? And I thought you said women possess the skill set to be kick-ass negotiators in spades and that assertiveness isn’t the only determinative skill in who wins negotiations?” All true. But if you’ve read carefully, I’ve also said that women have been duped into believing that they aren’t very accomplished in assertiveness and this makes them less likely to think they can change and/or exercise control over their circumstances. As a result, women often go into negotiations already doubting that they can change their circumstance.

So, while women already shine in most of the skill set categories, I’d like to see us step into our feminine power potential in the ‘assertiveness’ category as well. In past blogs I called on you to challenge old beliefs and start tapping into your natural skill set. This is just an extension of that. I’m calling on you to challenge any resistance or belief you may hold that you can’t (or shouldn’t) exercise assertiveness. I’m hoping to break a pattern to avoid you breaking out in a sweat at the idea of negotiating on your own behalf for something you want.

We’ve touched on the obvious social conditioning and limiting beliefs that lie under this resistance to flex our proverbial negotiating muscle.

And we talked about the tactic of ‘going for no’ to get over it.

Today I want to introduce a simple new tactic into your arsenal. Another simple mindset shift that can take you to the next level in your negotiations – from the boardroom to the bedroom.

First, let’s refresh our memories on the belief that women don’t make good negotiators tracing back to long-held erroneous perceptions that women are incapable of being assertive (as assertiveness was traditionally viewed as a masculine quality). We debunked this myth.​

Aside from the fact that a range of skills in addition to assertiveness are necessary for effective negotiation, studies of female lawyers and law students proved the fallacy in this expectation that assertiveness is a male domain, finding that female negotiators can be just as competitive as their male counterparts.[1] And perhaps more telling
is the oft-observed phenomenon of women stepping into their most unstoppable
protective mode advocating on behalf of their child or other loved one. It’s obvious that women have the capability to stand in a place of assertiveness. We’ve just been reluctant to use that particular modality for our own needs. We tend to hold back when self-advocating.

As we’ve noted before, this isn’t surprising given our social conditioning. In fact, studies suggest that young girls rein themselves in as early as kindergarten to seem self-effacing for fear of being shunned. This carries on through life as women anticipate that
being assertive in self-advocacy situations will evoke judgement, pejorative
attributions (i.e. she’s a ‘bitch’) and backlash (i.e. exclusion). And so we rein in our assertiveness, shy away from competing tactics and accordingly may obtain lower outcomes. Yet when we advocate for someone else, we don’t expect backlash and so don’t hedge and so get better results.

This shows us that women aren’t less capable as bargainers. We aren’t less able to bring assertiveness to the table. Rather, we can adjust bargaining styles depending on the perceived needs of a situation. We do have this skill. We can choose. We just need to tap into regularly when negotiating for ourselves.

So here is my challenge for you. What if the key to your power to take your negotiations to the next level lies in your ability to better love yourself? Next time you have to bargain for something for yourself, I want you to tap into the inner bear cub in you. We all have
one. We all carry our potentially frightened, vulnerable, needy cub inside us.

So next time you are advocating for yourself, imagine that cub; step outside yourself
for a moment and see your own deserving cub standing in your place, needing
your help, needing your strength, needing its Momma bear to fight for it. Then, be that Momma bear. Advocate for your own baby cub – the cub in you. Give it all you’ve got, as you would for anyone else you loved. Love and protect the bear cub in you. How simple and beautiful is that?

5 Tactics You Can Use to Tap into Your Feminine