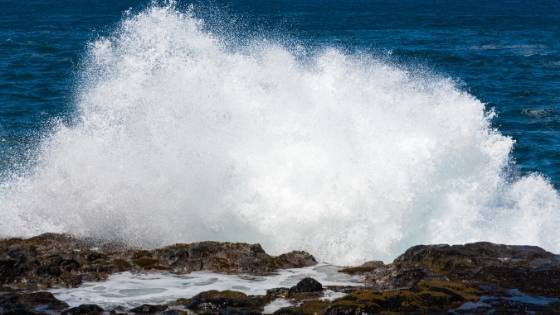 We hear a lot of talk about the ‘rise of the feminine’. Nobody seems able to agree on what that really means. Some people see it as a renewed acknowledgment of the inherent value in the creative. Others see it as a ‘softening’. Or an opening to compassion, warmth and integrity. Still others as a doorway to truth (if there is such a thing). Few talk about harnessing the power of women. My Art of Feminine Negotiation programs invite celebration of the power of previously under-valued ‘feminine’ skills such as rapport-building, empathy, flexibility, intuition and trust in addition to assertiveness. But hardly anyone is talking about harnessing the power of women and sacred feminine rage.

I recently interviewed Marcela McBride for my Art of Feminine Negotiation podcast where we had a powerful and engaging discussion about that precise issue.  Marcela is a spiritual guide and creatrix of the Mystic Priestess Path. She believes that the secret to harnessing the power of women lies, in part, in awakening our heartbreak for humanity. It was an eye-opening and interesting perspective that resonated at my core. In my work as a social justice attorney for several decades, I often referenced the ‘fire in my belly’ that enflamed in the face of social injustice, inequity and abuse of power. Drawing on that fire made me a fierce advocate. In hindsight, I recognize that I fanned that fire to empower me. My most passionate, impassioned and inspiring speeches were usually delivered in that heightened state of heartbreak. I most effectively persuaded and moved others when I tapped into that feminine rage (of sorts).

But as women tapped more and more into our masculine, believing (erroneously) it was the only path to success, we abandoned our feminine rage in favour of more masculine flavours. And as we got further away from our feminine, and the world tipped out of balance, we arguably saw social, environmental and economic injustice flourish. Did we get off the ‘Priestess Path’ that Marcela advocates? What is the Priestess Path? McBride describes it as a deep soul growth and spiritual reset process for women who ‘feel the call to activate and live their deeper purpose in this life’. Sound familiar? It’s no surprise that I resonated so deeply with Marcela and her mission. The call to deeper purpose was part of the foundation for me founding Women On Purpose after all.

Women used to be the healers. We were respected and our sage advice revered across time, space and cultures. And then we were persecuted for those very powers. Hunted. Sacrificed at the altar of so-called virility So, it’s perhaps not surprising that women stepped away from our feminine power. And so the world tipped out of balance. Our equilibrium skewed. There is a price to this lopsided imbalance. Humans enslaved each other. Majestic rain forests were desecrated. We saw children and other vulnerable groups used as commodities to traffic. Where was our heartbreak? Where was our outrage?

Where does COVID-19 fit into all this, if at all? This has the potential to be a positive pivotal moment in human history. An opportunity for realignment and re-balancing. For a long overdue shift. Maybe a rise in our collective consciousness sufficient to make that shift depends, in part, on recognizing our sacred feminine rage. What is ‘sacred feminine rage’? Well, as always, there’s no singular version of feminine anything. No one style or brand of femininity. No one way to be feminine. Similarly, rage does not have to mean violence, hostility, or aggression as we so often associate. What if, in fact, rage was not a threat, but a cure? Definitions of rage also include passion and intensity. There’s irresistible power for change in that. And we often associate rage with ‘being beside’ oneself. Think about that for a moment. Maybe it’s time we collectively step outside ourselves, stand ‘beside’ ourselves to get a new perspective – to see the possibility for positive change right before our eyes and within our reach.

For me, sacred feminine ‘rage’ is a heart-centred burning desire to push away from the worst of our humanity. To strive for our higher selves. To have a vision of the world you want and uncategorically reject models that encourage the vision being foisted upon us. To dismiss currencies of power and conflict in favour of love, peace and impact. To lay aside philosophies of individual self-interest in favour of community and connection. To rail against base instincts that led to global slavery and raping of the environment in favour of embracing those instincts that led strangers to go back into the Twin Towers to help bring out those who were trapped, or to protect the persecuted during the Holocaust.

Imagine the power of pushing away from old patterns that no longer serve and surrendering to new ways of being. Imagine tapping into your version of feminine rage, awakening your heartbreak for humanity, and harnessing the power that comes with that to change the world. Imagine a global awakening of that sacred rage. Just imagine that world.

If you’re interested in kick-starting 2020 to make it your best year and decade, try our new Women On Purpose Planner, designed and dedicated to helping you step into a purposeful and purpose-driven life!

How to Use the Rise of the Feminine